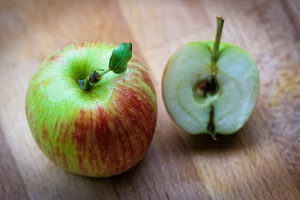 It is well known that the notion of wholeness in Gestalt is vital, not only in its focus on the person as a whole entity (one cannot be separated into organic parts or from their environments) but also in reference to the person becoming aware and integrating the various aspects of their mind and body toward growth. In a sense, what Fritz and Laura Perls developed in the 40s and 50s in founding Gestalt therapy, was a holistic approach that builds the person’s awareness, inner strength and self-sufficiency in order to achieve balance in their lives. The word Gestalt itself, in German, translates as an organised whole, complete, meaning that an object, idea, situation or a person, is not only the entirety of the parts they are composed of but also different from those parts when individually considered.

The concept of wholeness is not new or exclusive to Gestalt theory or therapy. In linguistics and psychology of language, the notion of specificity is studied over the last few decades. This is also referred to as the Gavagai problem, term coined by Quine (1969) and the story in his essay goes like that: a hypothetical native speaker of a given language utters the foreign word “gavagai,” while she points at a rabbit. A linguist trying to understand the language has to decide whether the word means “rabbit,” or “some part of the rabbit”, “running rabbit”, “brown rabbit”, “rabbit leg”, “get me that rabbit” and so forth. So how do we know when to use a word. The Gavagai story describes the problem of specificity of language and Quine concluded that there is an infinite number of hypotheses about a word meaning, given the input we have available (in this case a foreign language).

Back to the idea of wholeness, one solution proposed for this kind of problem is the whole-object assumption according to which new words refer to entire object, rather than some part of it, substance, colour, or other properties of it. Formulated by Markman (1994) to explain children’s ability to process new words, this principle offered a partial explanation for children’s success in considering potential meanings for novel words. Markman, a developmental psychologist and proponent of the innatist school, emphasised, that children possess innate knowledge that they draw upon in the process of language acquisition. Various experiments (Hansen & Markman, 2009) conducted in related areas of children’s development, e.g. colour or a dynamic activity are made salient to children, suggest that children will still interpret the new word as a label for whole objects.

Experiments in the field of visual recognition (DiCarlo et al., 2012) have shown that our ability to rapidly recognise objects, also referred as the “core object recognition”, happens in our brains almost automatically. As a result, we naturally detect and classify objects in a fraction of a second. DiCarlo (ibid.) explains, that this ability is not surprising both from an evolutionary and from a developmental perspective, as we are designed to accurately and rapidly identify objects from the patterns of photons on our retinae.

Face recognition studies examined our ability to interpret and recognise faces using a holistic representation. Tanaka & Farah (1993) in their experiments have shown that participants were more accurate at identifying parts of faces, presented in the whole object, than they were at identifying the same part presented in isolation. Young et al. (1987) used photographs of the top and bottom halves of different familiar faces fused together. Participants’ responses have shown interference effects when they attempted to process only part of the face, suggesting that we lack the ability to access the analysis of parts of a face unless processed in a mandatory whole-face setting.

Furthermore, Navon (1977) studied the speed with which we process global and local information. In his experiments in which he developed hierarchical stimuli, he demonstrated that we tend first to process the global information of a scene and then its local components (also referred to as the global precedence effect). The idea behind Navon’s study is that objects possess both global and local features (e.g. in a forest scene the entirety of the trees is the global feature while the trees themselves, are the local features). Navon conducted his experiments with his undergraduate students being the participants, aiming to explore whether the global structure of a visual scene precedes analysis of the local system of features. Navon’s findings suggest that we are faster in identifying features at the global than at the local level.

Wholeness is an important aspect of our human nature, and the scientific evidence from various fields mentioned above, also suggests that we are born with some of these features built in.

In Parmenides, one of his most enigmatic dialogues, Plato explores the whole-part dilemma. In the fictitious debate between Parmenides and Socrates, the whole is explained as the structure, the identity of whose parts is determined only in the context of the whole they compose. Plato understood the structure of such parts as the proper, whole, objects of Platonic science: essentially irreducible, intelligible, and normative in character.

In coaching wholeness is important for the coach to recognise the person holistically, with all the components they bring into the session as part of their personal makeup. For the person we coach wholeness is important to gain awareness; to be able to construct these different elements into a whole. There are wholes whose behaviour is not determined by that of their individual elements, but where the part processes are themselves determined by the intrinsic nature of the whole. Quoting Plato once again, to conclude, ‘the part can never be well unless the whole is well’.

Applications & extensions: As you are reading this article, your brain is already forming gestalts and structures of wholes. Linguistically speaking, each word you are reading is made up of letters but, unless you are just learning to read or are unfamiliar with a particular word, you will not be pronouncing out each letter but allowing your eyes to take in each word as a whole. The coach treats the person as a whole too, so body and mind is one and work and life are a whole and mutually influenced. Using exercises and creative means, the coach establishes a question territory that will ground the person to their whole foundation, providing a space of awakening, learning and growth.