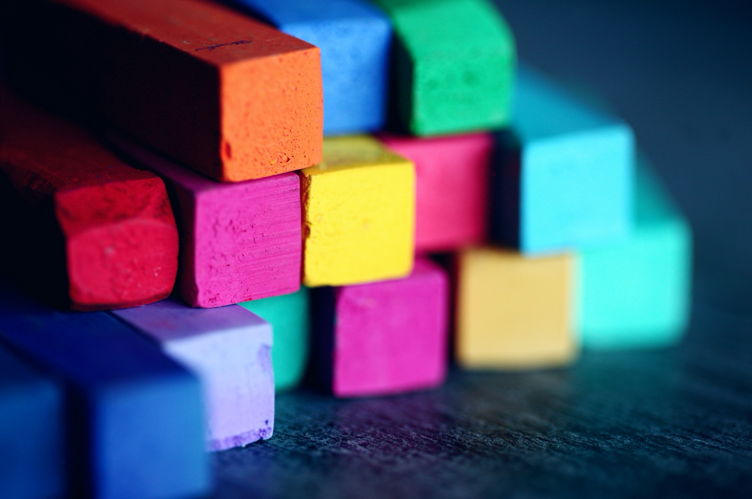 Remember a time when you entered a room for a training, networking or a business event you’ve signed up for? What did you do? Or actually, what did you brain ‘make’ you do? Unconsciously and incredibly quickly, your brain looked around the room, then judged and assessed people and situations in the room, without you even realising!

From an intellectual point of view, it’s difficult to admit that this happens, but at an unconscious level we all look, judge and assess; who looks likes me? who can I associate with? are they safe or threatening? are they attractive or not? are they similar to me?  So many questions! Our brain’s selection protocol is very fast and, almost automatically, after all these questions are answered, we gravitate towards people who passed the test, i.e. people like ‘us’. This is our human nature and, according to psychologists, such behaviour is hard-wired in our brains and driven by stereotypes and prejudices.

While stereotypes represent a broad topic in psychology and other social sciences., the bulk of theories and empirical data comes from social psychology. Stereotypes are our beliefs about groups and stereotyping is the processes by which we, consciously or not, use these stereotypes to make sense of the world. The topic of stereotypes has been studied by social psychologists for almost a century. Although people often seem to use the terms “stereotype,” “prejudice,” and “discrimination” nearly synonymously, social psychologists draw significant distinctions between each concept. As opposed to stereotypes (beliefs about groups) prejudice is defined as evaluation of or attitude toward a group, and discrimination as behaviour that systematically advantages or disadvantages a group.

Similarly, Ashmore & Del Boca (1981) define stereotypes as beliefs about the characteristics of social groups. Such definition, they claim, is neutral in regard to the (ir)rationality, (in)accuracy, negativity, and rigidity of stereotypes; whether they are widely shared, conscious, or rigid; and whether they cause prejudice, biases, and discrimination. Stephan (1989) sustained that while previously stereotypes were considered within their historical, social and experiential contexts, it’s now believed to be better analysed under cognitive approaches precisely because they consist entirely of beliefs about groups.

Adopting the social cognition[1] approach to stereotypes, Bordalo et al. (2016), argue for a model of stereotypical thinking, in which decision makers making predictions about a group, recall only a limited range of the attributes from memory. According to their model, stereotypes are selective, in that they are localised around group features that are the most distinctive, that provide the greatest differentiation between groups, and that show the least within-group variation. Their approach provides a parsimonious and psychologically founded account of how the decision maker generates simplified representations of reality and their assumptions often fall under the “kernel-of-truth hypothesis” that stereotypes are based on some empirical reality; as such, they are useful, but entail exaggerations. Bordalo et al. (2016) conclude that although their model doesn’t capture all the features of stereotypical thinking, what it captures is that when we think of a group, we focus on what is most distinctive about it, and neglect the rest. As a result, many forms of group-based preferences might thus be interpreted as stereotypical beliefs: predictable, persistent and yet evolving with circumstances.

Studies of wider processing systems of human anatomy also demonstrate stereotyping being hard-wired in our brains. In an experiment testing vision, Ariely (2001) administered participants with the following images which were shown to them one at a time. He then asked them to decide if the single-dot on the right, was part of the set on the left-hand-side image.

While Ariely (2001) was testing how the brain processes sets of similar objects, what became apparent was when we’ve seen a group it’s almost impossible to remember individual characteristics, be it highly visible or distinct. Ariely’s results suggest that our visual system is built to identify better group properties and not individual ones. He concludes that although human vision is exceptionally sensitive to minute differences in sensory input, these experiments show us that our visual system organises characteristics of a group of similar items and discards information about individual items from this group. So, we often make assumption and label individuals based on what we know about all of the members of a particular group, by simply making assumptions (often incorrectly) based on their belonging to this given group. In a sense, our biases are influenced by our background, cultural environment and personal experiences. We may not even be aware of these views and opinions or be aware of their full impact and implications.

An example from the third sector is the so-called intersectional stereotyping. As a result, discrimination occurs on the basis of more than one grounds e.g. disability and sexual choice. Negative stereotypes prevent people with learning disabilities from expressing their sexuality. There is evidence that professionals in the third sector ‘are more likely to restrict opportunities for sexual relationships rather than support people to have relationships that are satisfying’. This is because people with learning disabilities are perceived as asexual and it often means that are not empowered to lead the lives they choose and are regularly victims of intersectional discrimination. Similarly, people with mental ill health are stereotyped as not coping well with work and life commitments.

It is clear the we are all geared up with ideas and stereotypes that makes us biased whether these are conscious or not; for example, the sense of nationalism some of us have is embedded into us and makes us feel that other nations are different (when the French started  making Champaign for the British they quickly realised that they liked it drier so the French named this inferior variety brut making fun of the unsophisticated Brits). When our minds are distant and closed then we fail to engage with the other person’s mind and reason about their intellect. Thus, their minds are like blank slates into which we project our own beliefs. The process of prejudice works in a way that we dehumanise other people when we see something different, and this leads us to indifference, failure to relate and to understand.

There is lots of research in psychology suggesting that we are very often wrong about our beliefs not only of what other people think and do but also what other people think of us. We need to come along with an open and inquisitive mind, in order to explore these differences and learn. In a recent book I’ve read by Nicholas Epley, Professor of Behavioural Science at the University of Chicago, he says that knowing others’ minds requires asking and listening not just reading and guessing. The less we know about a person or a group, the more our stereotypes mislead us. Stereotypes are more accurate when we have direct experience of a group, for example, groups we belong to, because we have more in depth knowledge about this group. Our social sense, just like our eyes, are difference detectors and such hypersensitivity to difference is built into our being.

One thing we know about stereotypes is how quickly we are able to alter our beliefs of a group characteristics as soon as we start reasoning from the group-level to the mind of an individual whose behaviour we observe directly. The less we know about a person, the more our brain fills in the gaps with our stereotypical views, but once you engage directly with the mind of an individual, be it observing or discussing, the more we look at who this person is and not what this person does.

As a coach, put your own beliefs to sleep just for a while; don’t assume and don’t imagine. Be curious – ask questions, listen and check out if what you’ve heard from the individual corresponds to their points of view. Find out if you have understood correctly or incorrectly their perspective.

In the work context consider job interviews – it is well known that decisions tend to get made very early on in the interview process – often within seconds, based on our own, very subjective ‘gut feeling’.

[1] The social cognition approach to stereotypes, originally proposed by Schneider, Hastorf, and Ellsworth (1979), considers social stereotypes to be special cases of cognitive schemas or theories consisting of intuitive generalisations that individuals routinely use in their everyday life. These are seen as “mental representations of real differences between groups allowing easier and more efficient processing of information”.