Nostalgia and how using it, you can reconnect with others, the past, and rekindle relationships. 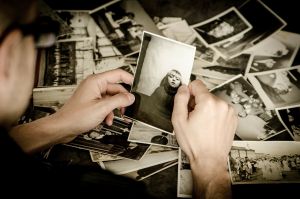 Nostalgia, “a sentimental longing for the past,” has had a tumultuous history, being considered as a medical disease and psychiatric disorder. From the Greek word nostos ‘homecoming’ and algos ‘ache’, the term was first used by a 17th-century Swiss army physician who attributed the fragile mental and physical health of some troops to their longing to return home. Since then, it had been considered a psychological and neurological disorder.

Yet, nostalgia, is experienced by almost everyone and quite frequently so. This universal feeling is about close others (family members, friends, partners), momentous events (birthdays, anniversaries, vacations), and settings (sunsets, lakes). It is a self-relevant emotion (as you are regularly the central character in the narratives) but also a social emotion (as you are almost always surrounded by significant others). The feeling of nostalgia is bittersweet, albeit mostly positive. And it is triggered typically by aversive conditions, such as negative affect or loneliness.

In community experiments, research suggests that nostalgia helps build resources like optimism or inspiration or creativity, which are correlated with mental fortitude. The research team at the University of Southampton says:

“In difficult situations, it appears that nostalgia grounds you. It gives you a base on which to evaluate the present as a temporary state, and in doing so it perhaps builds resilience. Though, obviously, we cannot rule out the alternative: that resilient people are able to access nostalgia more effectively…”

Researchers induce nostalgia by several techniques, but chiefly by getting individuals to describe one particularly meaningful or positive memory, something that the subjects frequently refer back to, which is called “vivid autobiographical recall methodology”. Another way to stimulate nostalgia is through music. In various experiments people listening to songs reported that it made them feel not only nostalgic but also physically warmer. Finally other ways employed to stimulate nostalgic feelings are shared nostalgia narratives, mental time travel, memory essays, and life books with photos.

Importantly, nostalgia, once evoked, re-establishes psychological calmness. It elevates mood, self-esteem, and a sense of social connectedness; it fosters perceptions of continuity between past and present; it increases meaning in life; and it “fights off” mortality thoughts. Finally, nostalgia has motivational consequences, as it facilitates approach-oriented (e.g., prosocial) behaviour. Among these measurable effects, nostalgia is shown to be both a driver of empathy and social connectedness, and a potent internal antidote for loneliness and alienation. A fact which has led to the beginnings of nostalgia-based therapies for illnesses that include clinical depression and perhaps Alzheimer’s, albeit with a cautious optimism.

But it all starts from within and with befriending ourselves first. The most important thing is the connection with ourselves – this firmly centred inner connection that will give you the foundation to establish new relationships starting from the inside out.

Top tip: take action – organise something yourself; be proactive, don’t bank on others to organise groups and set up activities that you can join. Do it yourself; think of something you like; or gather together a group of people with a common interest and ask them to commit to the group/activity. The lesson is not that we all need to be best friends, but that we need to develop cultures in which all are encouraged to express and share our true humanity. One way to do that is through the power of direct face-face conversation.

Whereas loneliness directly decreased perceived social support, it indirectly increased perceived social support via nostalgia. Nostalgia magnifies perceptions of social support and, in so doing, thwarts the effect of loneliness. Nostalgia restores an individual’s social connectedness. And finally, the association between loneliness and nostalgia is particularly pronounced among highly resilient individuals. It is these individuals who, when lonely, report high levels of nostalgia. Various research programmes report that nostalgia is a psychological resource that protects and fosters mental health. Nostalgia strengthens social connectedness and belongingness, partially improving the harmful repercussions of loneliness. Such results constitute an initial step toward establishing nostalgia as a potent coping mechanism in situations of self-threat and social threat. The past, when appropriately harnessed, can strengthen psychological resistance to the ups and downs of life. In short, nostalgia has been shown to counteract loneliness, boredom and anxiety. It makes people more generous to strangers and more tolerant of outsiders. Couples feel closer and look happier when they’re sharing nostalgic memories. On cold days, or in cold rooms, people use nostalgia to literally feel warmer.

Keeping a journal of your thoughts, actions, observations etc. is a really powerful activity to help you achieve lasting and positive change. Using a journal is also an effective tool for dealing with anxiety and fear… two of the most powerful obstacles for making and maintaining changes.

Self-reflection is also useful when looking back and evaluating your own writing; but has other benefits too, such as reducing stress, improves memory, boosts your mood, strengthens emotional stability, and it develops your IQ and EI!

This quick coaching tool will help you to self-reflect and to build up resilience and confidence so you can take some first steps towards making these meaningful connections. You can also increase awareness of different options and choices you may have, as you take charge of your life.